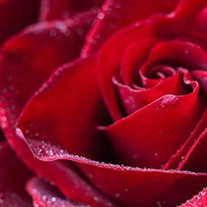 CHILLICOTHE- Zoe Marilyn Williams, 84, of Chillicothe passed away on Friday, February 16, 2018 in Peoria Heights. Zoe was born on January 11, 1934 in Chillicothe, the daughter of Arthur N. and Emma B. (Pierce) Adams. She married Robert R. Williams on August 25, 1951 in Chillicothe. He survives. Also surviving are two daughters, Bobette (Joseph) Davidson of Bloomington, and Cynthia Poirier of Las Vegas, NV; four sons, Steven Williams of Peoria, David Williams of Bloomington, Alan Williams of Indianapolis, IN, and Kevin (Diana) Williams of Elmwood; ten grandchildren; eight great-grandchildren; and one brother, Gordon Adams of Peoria. She was preceded in death by her parents; three brother; three sisters; and one grandson. Cremation rites have been accorded. Arrangements in care of Weber-Hurd Funeral Home, Chillicothe.

To send flowers to the family or plant a tree in memory of Zoe Williams, please visit our floral store.

To send flowers to the family in memory of Zoe Williams, please visit our flower store.