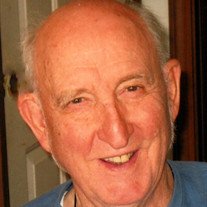 He was also preceded in death by his parents, one daughter, Janet Fritz; and two brothers, Asher Arnold Jr., and Alan Arnold.

Wayne was a veteran of the U.S. Navy and WWII.

He previously worked for the Santa Fe Railroad and was a teacher at Princeville School District for 25 years.

Wayne's online memorial may be viewed at www.weberhurdfuneralhome.com.


To send flowers to the family or plant a tree in memory of Wayne Eugene Arnold, please visit our floral store.

To send flowers to the family in memory of Wayne Arnold, please visit our flower store.