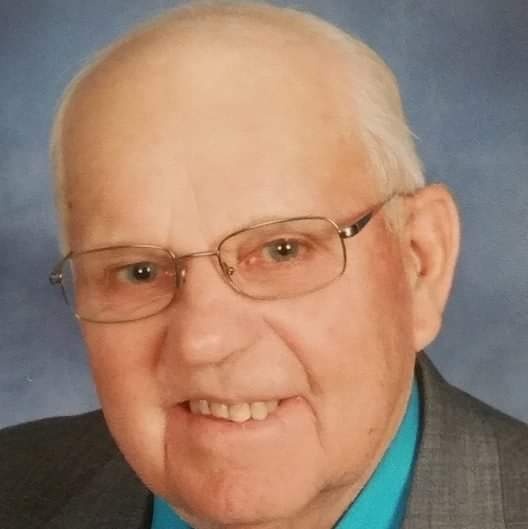 Bun was born on February 3, 1929 in Peoria, IL to Henry William and Mildred Elizabeth (Clark) Schaffner.  He married Ollie Jean Watson on June 6, 1959 in Missouri.  She preceded him in death in May of 2013.  Also preceded him in death are his parents; his daughter, Shirley Schaffner; and five siblings, Jean Gauwitz, Richard and Walt Schaffner, Dorothy Smith and Janet Schaffner.

Bun, who was a lifelong farmer and friend to everyone he met, owned Schaffner Farms in Chillicothe.  He was an avid John Deere collector and was a member of the Illinois Valley 2 Cylinder Club.  Bun also enjoyed John Deere gatherings and driving his antique tractors in parades with his great-grandchildren.  He was also a member of the George Washington Masonic Lodge #222 A.F. & A.M., the Mohammed Shrine and the Mossville United Methodist Church.

Services will be held on Friday, October 29, 2021 at 11am at Weber-Hurd Funeral Home in Chillicothe.   Burial will be at LaSalle Cemetery immediately following the services.  Visitation will be held on Thursday, October 28, 2021 from 4pm to 6pm at the funeral home.  Memorials may be made to Mossville United Methodist Church or to LaSalle Cemetery.  Online condolences may be made through www.weberhurdfuneralhome.com

To send flowers to the family or plant a tree in memory of Verne Henry Schaffner, please visit our floral store.

To send flowers to the family in memory of Verne Schaffner, please visit our flower store.