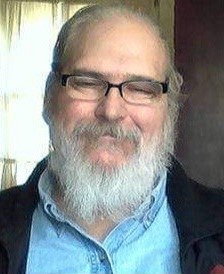 Timothy A. Menken, age 63, of Chillicothe, passed away on Sunday, June 19, 2022 at OSF St. Francis Medical Center in Peoria.

Tim was born on September 25, 1958 in Peoria, IL to Henry Menken and Mary (Schwabe) Stage.  He married Mary Demetreon on August 13, 1995 at Jubilee College State Park in Brimfield.  She preceded him in death on February 11, 2015.  Also preceding him in death are his mother and one brother.

Tim served in the U.S. Army.  He then worked as Direct Care Staff for RCAP Enterprises in Chillicothe for 15 years.  Tim was a member of River Terrace Baptist Church in Chillicothe.

Cremation rites will be accorded and a celebration of life will be held on Friday, July 1, 2022 from 11am to 3pm at River Terrace Baptist Church.  Memorials may be made to his church.  Online condolences may be made through www.weberhurdfuneralhome.com

To send flowers to the family in memory of Timothy A. Menken, please visit our flower store.