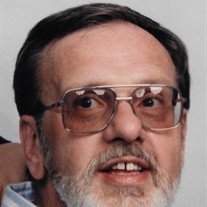 Peoria - Thomas E. Cranford, 71, of Peoria, passed away at 6:30 a.m. on Sunday November 11, 2018 at OSF St. Francis Medical Center in Peoria.    A Celebration of Tom's Life will be at 6 p.m. on Wednesday, November 14, 2018 at Cumerford-Hurd Funeral Home, in Peoria, with Dr. Reverend Timothy Ozment officiating. Visitation will be two hours prior to the service at the funeral home.    Tom was born on June 11, 1947 in Peoria, a son of Wilburt and Marian Maurer.  He married Peggy Shugart on July 12, 1975 in Peoria Heights. They later divorced, but remained great friends.    He is survived by his children, Stephen and Susie Cranford, both of Peoria; nephews, Shaun and Brien Cranford of Denver, CO; and his beloved dog, Wyatt.    Tom was preceded in death by his parents; brothers, Dr. Ronald Cranford and Wilburt Cranford, II; and nephew, Chad Cranford.    He worked for Caterpillar for over 40 years, retiring as an engineer in 2008. He was a faithful friend of Bill W., where he helped many others to have a better life.    Memorial contributions may be made in Tom's memory to the American Cancer Society or Peoria AA Intergroup.  Tom's Memorial Website and online condolences may be accessed at www.cumerford.com

To send flowers to the family or plant a tree in memory of Thomas E. Cranford, please visit our floral store.

To send flowers to the family in memory of Thomas Cranford, please visit our flower store.