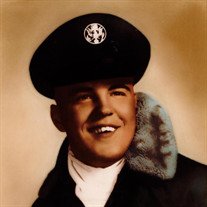 Roland was born on July 18, 1940, the oldest son, to Elmer and Thelma Gudat, in Peoria. He married a loving wife and helpmate, Marjorie Elaine Frenzel on June 30, 1979.

Roland is survived by his wife, Marjorie; three brothers, Richard Lee Gudat of Sarasota FL, Douglas (Nancy) Gudat of Lacon, and Michael Gudat of Washington; two nieces in the area, Sharon McGinity and Sally Ryon; and a stepson Jeff Frenzel of Mt. Zion.

He graduated from Washington community High School in 1959. He entered the United States Air Force in 1960 and served in the Strategic Air Command (S.A.C.) as a aircraft mechanic in the 4310th Organizational Maintenance Squadron (O.M.S.) later became known as the 310th Bomb Wing, at Smokey Hill Air Force Base, later became known as Schilling Air Force Base in Salina Kansas. He was honorably discharged in 1964.
He then worked for Caterpillar Tractor Company as a Crane Operator for 30 years retiring in 1994. He was a union Stewart for Local 974 many times.

Roland was a 50 year member of the Hilton Masonic Lodge No. 1143, A.F. & A.M. and Eastern Star, Celestial City Chapter No. 333 of Creve Coeur.
Roland and his wife, Marjorie enjoyed fishing the North Country. He has also enjoyed his hobby of pistol shooting at the Midwest-Shooting Club, where he was a member. He was also a member of the N.R.A.
A Celebration of Life will be held on Saturday, March 27, 2021 from 2-4:00 PM at Weber-Hurd Funeral Home in Chillicothe.


To send flowers to the family or plant a tree in memory of Roland E. Gudat, please visit our floral store.

To send flowers to the family in memory of Roland Gudat, please visit our flower store.