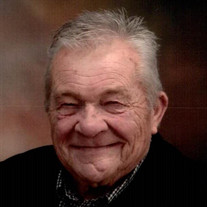 Roger was born on September 5, 1943 in Princeville, IL to Louis and Anna (Endress) Rumbold. He married the love of his life, Patsy L. Moore on February 27, 1965. She survives.

Also surviving are his son, Rod (Julie) Rumbold of Henry; two daughters, Ronda (Gary) McIntyre of Henry and Raeann (Mark) Wright of Wesley Chapel, FL; his grandchildren, Michael (Jenny) McIntyre, Jacob (Jordan) McIntyre, Lexi, Logan, Luke and Landen Ludolph; and Brody and Hailey Rumbold; two great-grandchildren, Amelia McIntyre and Camden McIntyre and one great-grandchild on the way; and his brothers, Raymond (Joann) Rumbold, Ronald (Jackie) Rumbold, Robert (Marge) Rumbold and Roland (Carol) Rumbold. He was preceded in death by his parents.
Roger was a farmer and he worked at Rumbold and Kuhn Elevator until he retired in 2017. He loved spending his summers in Holland, Michigan with his family.

A Funeral Mass will be held on Saturday, December 7, 2019 at 11am at St. Mary's Catholic Church in Henry. Visitation will be held on Friday, December 6, 2019 from 4pm to 7pm also at the church, with a Rosary service at 3:30pm. Burial will be at St. Patrick's Cemetery in Henry. Memorials may be made to the Henry Food Pantry, the American Heart Association or to the charity of the donor's choice.

To send flowers to the family or plant a tree in memory of Roger L. Rumbold, please visit our floral store.

To send flowers to the family in memory of Roger Rumbold, please visit our flower store.