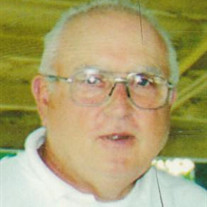 Robert L. Zook, age 76, of Peoria, passed away at OSF Richard L. Owens Hospice Home in Peoria on Saturday, February 4, 2017. He was born to the late Eldon and Charlotte (Westbay) Zook on July 21, 1940 in Canton. He married Victoria Ross on March 24, 1990 in Groveland. Robert is survived by his wife Victoria of Peoria; children, R. Barry Swedeen of Fitchburg, WI, Tracy (Ceasar) Interial of Galva, Mark Zook of Peoria, Byron Zook of Chicago, Kezia Kline of Peoria, and Melissa Weichel of Canton; eight grandchildren; two great-grandchildren; brother, David (Marilee) Zook of Bartonville; sisters, M. Emily Smith of Peoria, and Mary E. (Ken) Zehr of Morton; and four nephews. During his lifetime, Robert farmed in the Farmington area, served with the Department of Corrections, Peoria County Sheriffs Department, and Peoria City Police Department and Probation Services. He proudly served his country for 27 years in the U.S. Army. He was a 42 year Mason, and a member of Shriners International and American Legion. Robert loved his family, friends, and military brothers. All will remember his dry sense of humor and infectious laugh. His quest in life was to collect and restore farm equipment and miniature tractors, and he loved the art of the deal and would barter for just about anything. He leaves his constant companion, his dog, Lacey. The family would like to thank the OSF Richard L. Owens Hospice Home, the Limestone Twsp. Fire Department, Advanced Medical EMTs, and his devoted doctors. A memorial service for Robert will be held at 11:00 AM on Wednesday, February 8, 2017 at Cumerford-Hurd Funeral Home in Peoria. Reverend Ray Harrison will officiate. Burial will be held at a later date. Memorial contributions in honor of Robert may be made to Shriners Hospital for Children or St. Jude Children's Research Hospital. Robert's online memorial website may be viewed at www.cumerford.com

To send flowers to the family or plant a tree in memory of Robert Zook, please visit our floral store.

To send flowers to the family in memory of Robert Zook, please visit our flower store.