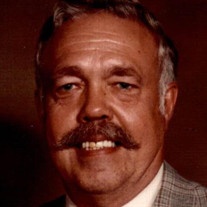 Richard Edwin Harper, age 85, of Chillicothe, passed away on Wednesday, June 24, 2020 at his home surrounded by his family.

Richard was born on November 2, 1934 in Bryant, IL to Clarence E. and Zelma (Fritz) Harper. He married Creta J. Schnarr on November 5, 1954 in Lewiston, IL. She preceded him in death on February 14, 2015. Also preceding him in death are his parents.

Richard served in the U.S. Naval Reserves and then worked for Caterpillar for 42 years until he retired from the research department in Mossville. Richard was a member of the Peoria Casting Club and he enjoyed hunting, crocheting rag rugs and was an avid fisherman. He went on many fishing trips to Canada, Minnesota and Lake Carlyle, IL.


To send flowers to the family or plant a tree in memory of Richard E. Harper, please visit our floral store.

To send flowers to the family in memory of Richard Harper, please visit our flower store.