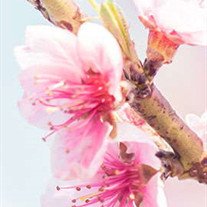 Rex Allen Vaughn, age 65, of Brimfield passed away at OSF St. Francis Medical Center in Peoria on Friday, January 13, 2017. He was born to James Francis and Nan (Roberts) Vaughn on September 4, 1951 in Somerset, KY. Rex is survived by his wife, Mary Ann of Brimfield; daughters, Tammy (Marc) Rojtman of Los Angeles, CA, and Angela (Daniel) Morefield of Monticello, KY; five grandchildren; two great-grandchildren; and several nieces and nephews. He was preceded in death by his parents, and daughter, Debi Vaughn. Rex was a truck driver and worked for Stoller Trucking in Gridley, IL. A funeral service for Rex will be held at Cumerford-Hurd Funeral Home on Wednesday, January 18, 2017 at 1:00 PM. Visitation will be held at the funeral home on Tuesday, January 17, 2017 from 5:00-7:00 PM. Burial will be in Springdale Cemetery. Memorials in honor of Rex may be made to any charity. Rexs' online memorial website may be viewed at www.cumerford.com

To send flowers to the family or plant a tree in memory of Rex Vaughn, please visit our floral store.

To send flowers to the family in memory of Rex Vaughn, please visit our flower store.