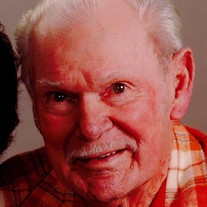 Ron was born in Washburn the son of Marvin and Irene (Baker) Smith. He married Rita D. Miller on June 12, 1966 in Chillicothe. Surviving is his son, Marcus (Teresa) Smith; a grandson, Ryan (Megan) Smith; three great-grandchildren Levi, Blake, and Scarlet Smith; one brother Jim smith of Lacon; and two sisters, Juanita Kenyon of Lacon and Brenda Moss of Carlsbad, CA. He is preceded in death by his parents, one son, and one granddaughter.

Ron was a Millwright for Caterpiller, Inc. for over 30 years, retiring in 1994. Ron enjoyed fishing, hunting, and playing his guitar accompanying by his singing. He was a member of the Sportsman's Club and Casting Club. Ron was a Past Commander of the Sons of the American Legion, Honorary member of the VFW Post 4999 where he was very active.

Cremation rites will be accorded, a celebration of life will be held at a later date. Memorials may be made to the Chillicothe First United Methodist Church, 1023 North Sixth Street, Chillicothe, IL 61523. Weber-Hurd Funeral Home of Chillicothe in care of arrangements.

To send flowers to the family or plant a tree in memory of R. E. Smith, please visit our floral store.

To send flowers to the family in memory of R. Smith, please visit our flower store.