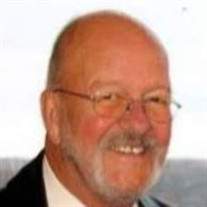 Philip J. Niedziela, age 70, of Chillicothe, passed away peacefully at his home on Thursday, April 9, 2020.

Philip was born July 9, 1949 in Kewanee, Illinois to Walter and Phyllis (Robinson) Niedziela. He married Naida Essig on October 14, 1978 in Princeton, Illinois.

Surviving are his wife, Naida; his children, Joshua of Kent, WA; and Rachael and Jennifer, both of Chillicothe; four grandchildren, Kylie, Cameron, Dexter and Emma; two brothers; three sisters and many nieces and nephews. He was preceded in death by his mother, father and his stepmother, Dorothy Niedziela.

Philip served in the U.S. Marine Corps during the Vietnam War and then was a service tech for GTE for over 30 years. He was a member of the American Legion Post #9, St. Edward Catholic Church, and the Peoria Casting Club. Philip enjoyed playing golf.

Cremation rites will be accorded and a celebration of life will be held at a later date. Memorials may be made to the American Legion Post #9, Freedom Paws in Chillicothe or to UnityPoint Hospice. Arrangements are under the care of Weber-Hurd Funeral Home in Chillicothe.

To send flowers to the family or plant a tree in memory of Philip J. Niedziela, please visit our floral store.

To send flowers to the family in memory of Philip Niedziela, please visit our flower store.