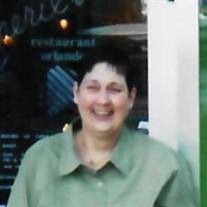 She was preceded in death by her parents, grandparents, and one step brother.

Paula worked as a CNA, and was also a homemaker.

Paula loved to spend time with family and friends, as well as bake them an assortment of cookies, candies, and other baked goods.

Because of her love for animals, memorials in honor of Paula may be mad to TAPS or PAWS.

Paula's online memorial website may be viewed at www.weberhurdfuneralhome.com.


To send flowers to the family or plant a tree in memory of Paula Elaine Weiss, please visit our floral store.

To send flowers to the family in memory of Paula Weiss, please visit our flower store.