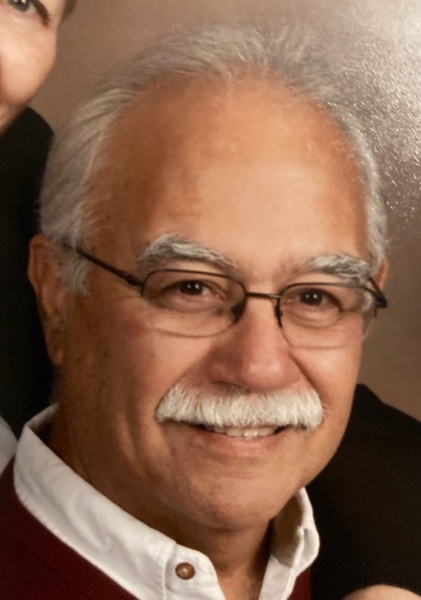 Paul Delgado, age 75, of McHenry, formerly of Chillicothe, passed away on Saturday, July 16, 2022 at his home in McHenry.

Paul served in the U.S. Air Force from 1964 to 1968.  He then became a teacher as well as principal for over 35 years serving at St. Edward Catholic School, Costa Catholic School in Galesburg, Elmwood Elementary School and Lindbergh Middle School in Peoria.  While teaching he received two Master’s Degrees and worked on his Doctorate.  Paul was a member of St. Edward Catholic Church and was currently attending The Church of the Holy Apostles in McHenry, the Knights of Columbus and was active with the Teens Encounter Christ group.  He enjoyed volunteering, bird watching and was an avid sports fan, especially of the Chicago White Sox.

A Funeral Mass will be held on Thursday, July 21, 2022 at 11am at St. Edward Catholic Church in Chillicothe. Fr. Matthew Deptula and Deacon Greg Serangeli will be officiating.  Visitation will be held one hour prior to Mass as well as on Wednesday, July 20, 2022 from 4pm to 7pm at Weber-Hurd Funeral Home in Chillicothe.  Recitation of the Rosary will be on Wednesday at 7pm.  Burial will be following Mass at St. Joseph Cemetery.  Memorials may be made to St Edward Catholic School.

To send flowers to the family in memory of Paul Delgado, please visit our flower store.