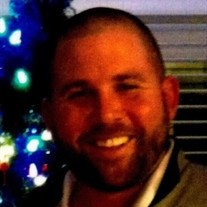 CHILLICOTHE-Nicklaus "Nick" T. Waechter, 33, of Chillicothe, IL, passed away at his home in the early morning of Saturday, October 27, 2018. Nick was born on January 18, 1985 in Peoria, IL, the son of Jeffery and Rebecca (Brownfield) Waechter. Surviving are his parents, Jeffery and Rebecca Waechter of Chillicothe and his beloved dog Ledi. Nick attended St. Edward Catholic Grade School in Chillicothe, Peoria Notre Dame High School, Peoria graduating in 2003. He attended Eureka College, Eureka, and graduated with a Bachelors degree in Business Administration in 2007. Nick was employed at BossTek, in Peoria, as Sales and Accounting Manager. His BossTek co-workers were more like a second family. Nick enjoyed his job and felt so fortunate to be an employee there. Nick was an avid St. Louis Cardinal's fan as well as a Green Bay Packers fan. As well as his passion for golf, hunting, the band Blackberry Smoke and Busch Light. Nick was a current member of Arrowhead Country Club, where he was a past board member, Peoria Casting Club where he was a past board member, and Peoria Square and Compass Bowling League and did bowl his first 300 game at Mt. Hawley Bowl and supporter of St. Jude Brad Wallin Memorial Tournament. Former board member of Front Nine Foundation, former hunting guide at Rice Pond Hunting Club, member at Pearce Community Center and St. Edwards Catholic Church. While attending St. Edward School Nick participated in basketball, soccer, declamation, plays and band. At Peoria Notre Dame he played baseball and football. Leading the Midstate Six with a .444 batting average his senior year and a member of the Illinois Coaches Association All-State Team in 2003. He was a National Honor Society member in 2003. At Eureka College he played baseball and organized weekend get togethers with the ball team and Eureka friends. Nick started his baseball career in the Rome Little League, moving up to the Peoria Notre Dame 12-13 year old league, Peoria Legion Team, and Wood Bat League during his high school years every summer. He assisted several seasons at IVC High School with both baseball and football teams. He was inducted into the IVC Sports Hall of Fame in 2014 as an assistant coach with the 2008 baseball team. Nick loved music and performing. He was a member of the infamous Gravity's Pull Band from 1997-2003, playing guitar, trumpet and lead singer. Playing 200 shows throughout the Peoria area for private parties, schools, Peoria Park District events, receptions and their favorite venue Schooners in Peoria Heights. Anyone, young or old, who attended, could not resist to dance and became instant groupies. Nick was currently a member of the Rome Clover Court Band, playing guitar and singing. Nick was a bigger than life young man who always had a smile on his face and lived life to the fullest. He had an infectious laugh that you could hear from a mile away. You couldn't ask for a better son, teammate or friend. He wore his heart on his sleeve. Visitation will be held on Friday, November 2, 2018, from 4pm-7pm, at Weber-Hurd Funeral Home in Chillicothe, IL. Memorial may be made to St. Jude Brad Wallin Memorial Tournament or St. Edwards Catholic School. Nick's online memorial website may be viewed at www.weberhurdfuneralhome.com.

To send flowers to the family or plant a tree in memory of Nicklaus Waechter, please visit our floral store.

To send flowers to the family in memory of Nicklaus Waechter, please visit our flower store.