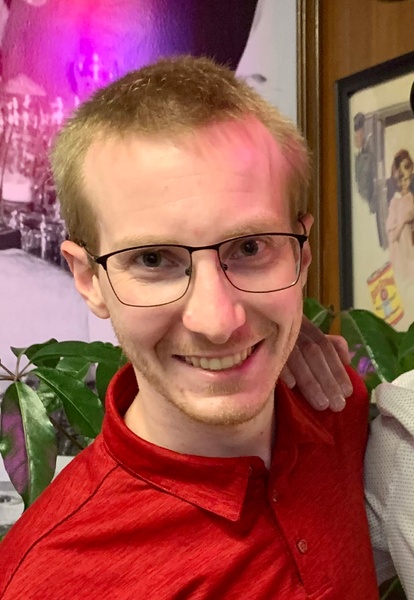 Nicholas Gerard Bogner, age 30, of Chillicothe, passed away on Saturday, August 6, 2022 in Texas.

Nick was born on May 15, 1992 in Peoria, Illinois to Gregory Allen and Susan Marie (Merdian) Bogner.

Surviving are his parents, Greg and Susan of Chillicothe; his sisters, Anna Bogner (Anthony) and Liz Boyer (Trevor); and his paternal grandparents, Dick and Yvonne Bogner. He was preceded in death by his maternal grandparents, Mel and Mary Merdian, and one infant sibling.

Nick graduated from IVC High School in 2011 and received his Associate in Applied Science CISCO Networking Specialist from Illinois Central College in 2018. He had recently completed his CDL Training in Texas to become a Truck Driver. He was a passionate airsofter and gamer. He was an active member of Boy Scouts of America, and enjoyed swimming, camping, aviation, and military and American history. He was friendly to everyone and greatly enjoyed being among friends and family.

A visitation will be held on Aug 18th at 10am with Funeral Mass at 11am at St. Edward Catholic Church in Chillicothe. Burial will be at St. Joseph Catholic Cemetery in Rome.  Msgr. Mark Merdian and Fr. Matthew Deptula will be officiating.  Memorials may be made to the National Alliance on Mental Illness. Arrangements are under the care of Weber-Hurd Funeral Home in Chillicothe.  Online condolences may be made through www.weberhurdfuneralhome.com

To send flowers to the family in memory of Nicholas G. Bogner, please visit our flower store.