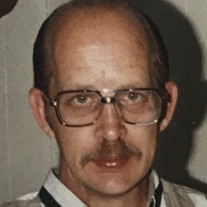 Michael L. Weiss, age 63, of Peoria Heights, passed away at Cornerstone Rehabilitation and Health Care on Friday, July 28, 2017. He was born to Albert J. and Naomi R. (Simms) Weiss on June 16, 1954 in Peoria. He married Paula Elaine Pasdik in Brookings, South Dakota on December 23, 1989. She preceded him in death on April 22, 2016. Michael was also preceded in death by his parents, and one niece. Michael is survived by his children, Michele (Kris) Smotherman of Murfreesboro, TN, Jeremy (Matthew Martinez) Miller of Morton, Samuel Weiss, and Michael Weiss Jr., both of Murfreesboro, TN; 11 grandchildren; siblings, Albert Lloyd (Betty) Weiss and Harold Eugene (Connie) Weiss, both of Washburn, Gary Wayne (Cindy) Weiss of Eureka, Donna Ruth (Steve) Zook of Florida, Richard Allen (Marsha) Weiss of Alabama, Patricia Ann Montgomery of Metamora, and Tommy Lynn (Teresa Jane) Weiss of LaRose; and numerous nieces, nephews, and cousins. After graduating from Metamora Township High School, Michael joined the United States Army and served from June 13, 1973 to March 20, 1975. He worked in the factory at Dematic in Mossville for over 25 years. Michael loved animals, working on cars, and spending time with his family. At one time, he was also a dedicated member of the VFW in Washburn. A funeral service for Michael will be held on Wednesday, August 2, 2017 at 11:00 AM at Weber-Hurd Funeral Home in Chillicothe. Visitation will be held from 6:00-8:00 PM on Tuesday, August 1, 2017 at the funeral home, and one hour prior to the service. Burial will be held at Chillicothe City Cemetery. Memorial contributions in honor of Michael may be made to Cornerstone Rehabilitation and Health Care Activity Department. Michael's online memorial website may be viewed at www.weberhurdfuneralhome.com

To send flowers to the family or plant a tree in memory of Michael Weiss, please visit our floral store.

To send flowers to the family in memory of Michael Weiss, please visit our flower store.