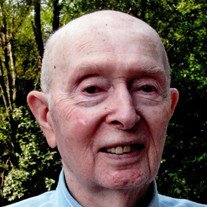 Michael H. Mowbray, 79, of Chillicothe, Illinois passed away at his home Monday evening, November 19, 2018.    Mike was born on November 21, 1938 in Princeton, Illinois, son of Henry and Margaret K. (Driscoll) Mowbray.    Surviving are his wife, Joyce (Ropp) Mowbray, whom he married on January 2, 1960 in Peoria, Il; two daughters, Vickie (Tagatz) of West Bend, Wisconsin and Sue Mowbray of Chillicothe, Illinois; one son, Gary (Susan) Mowbray Peru, Illinois. Also surviving are six grandchildren, two great-grandchildren and two sisters, Peg Thomas of Peoria, Illinois and Jacqueline Hickey-Tillmann of Peoria, Illinois.    Mike was born and raised in Bradford, Illinois where he graduated from Bradford High School. After graduation he attended Peoria Barber College and became a professional barber in 1956. Mike and Joyce Mowbray were married on January 2,1960 in Peoria, Illinois.    Mike opened Mike's Barber Shop in Neponset, Illinois in October of 1961. He quickly became popular while he proudly claimed to give the state's fastest haircut, giving him the nickname "Three Minute Mike." He was also the cheapest by only charging $1.75 dollars per haircut. Mike's Barber Shop drew customers from far and wide, some driving great distances because it was the only place they ever had their hair cut. Many of these customers brought their children and grandchildren to Mike's Barber Shop for their first hair cut, as Dave Clark reported in an article written for the Kewanee Star Courier in 2011. Mike was also referred to as a jovial small ltown icon by Bill Wundran from the Quad City Times. Mike's Barber Shop gained national recognition in 2002 when USA Today named it one of the Ten Great Places To Get A Haircut. After 53 years in the barber business, Mike retired in October 2011 and moved to Chillicothe, Illinois.    Mike was a long time member of St. Mary's Catholic Church in Kewanee, Illinois and most recently St. Edward's Catholic Church in Chillicothe, Illinois. He enjoyed spending time with his family, especially his grandchildren. He will be lovingly remembered as a devoted family man and legendary barber.    A funeral mass will be held on Friday, November 23, 2018 at 11:00 am at St. Edward Catholic Church in Chillicothe.  Msgr. Michael Bliss will officiate.  Visitation will be one hour prior to the service time at the church.  Burial will be held in St. John Cemetery in Bradford.  Memorials may be made to the Neponset Library or to the Chillicothe Library.     Online condolences may be submitted at www.weberhurdfuneralhome.com

To send flowers to the family or plant a tree in memory of Michael H. Mowbray, please visit our floral store.

To send flowers to the family in memory of Michael Mowbray, please visit our flower store.