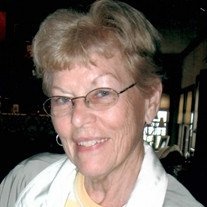 She was a loving Grandma, Aunt and a Friend to all. The family would like to thank Dr. Jeffrey Liang and the staff at Samaritan Place of Lutheran Hillside Village for their care of Marybelle.

Cremation rites will be accorded. A memorial service will be held at Weber-Hurd Funeral Home, Chillicothe on Saturday, August 1, 2015 at 3:00pm followed by a visitation ending at 5:00pm. Rev. Raymond Harrison will officiate.


To send flowers to the family or plant a tree in memory of Marybelle Riggins, please visit our floral store.

To send flowers to the family in memory of Marybelle Riggins, please visit our flower store.