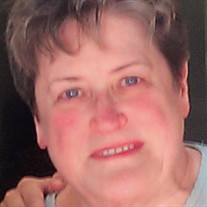 Mary Ellen (Fyke) Yeast, 74, of Peoria Heights, passed away on April 2, 2015 at Kindred Hospital in Peoria.

Two brothers, Harvey Fyke and Jim Fyke, and her sister, Barbara Holder, preceded her in death.

Mary graduated from Woodruff High School and attended Midstate College. She was a manager at American Rentals Parties Plus, where she worked for 13 years.

She was a member of Charis Life Fellowship Church.

A funeral service for Mary will be held at Cumerford-Hurd Funeral Home on Thursday, April 9, 2015 at 12:00pm. John and Vickie Schmidgall will officiate. Visitation will be 2 hours prior at the funeral home. Burial will be private for family.

In lieu of flowers, memorials may be made to Mary E. Yeast Memorial Fund.

Mary's online memorial website may be viewed at www.cumerford.com


To send flowers to the family or plant a tree in memory of Mary Ellen Yeast, please visit our floral store.

To send flowers to the family in memory of Mary Yeast, please visit our flower store.