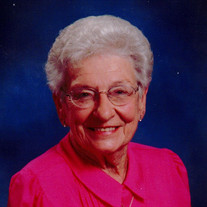 Lois had been a resident of Chillicothe since 1946. She previously worked in the family owned grocery stores, Barney's Market, and was part owner of the Chilli Bowl for seven years. She worked in the IVC cafeteria for seven years, attended Browns Business College and retired from Caterpillar Tractor Co. after 27 years as a Secretary. She was a member of the Chillicothe First United Methodist Church, a charter member of Pearce Center, the Indianhead Boat Club, a former member of the "Chilli Castoff's" Square Dance Club and the Chillicothe Jr. Woman's Club.


To send flowers to the family or plant a tree in memory of Lois E. Hedden Breese, please visit our floral store.

To send flowers to the family in memory of Lois Breese, please visit our flower store.