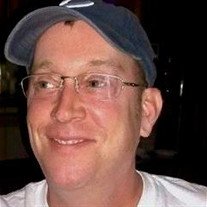 Kevin was born on March 21, 1969 in Peoria, IL to Howard Albert and Barbara Lynn (Mott) Gaskins. Kevin graduated from Illinois Valley Central High School in 1987. He enlisted in the U.S. Coast Guard in October of 1991 and retired in November of 2011 as a Chief Machinery Technician. Kevin loved serving with the Coast Guard; from the many opportunities and experiences he had, to the camaraderie and friendships he made during his active duty. He served in Seattle on the CGC Midgett, CGC Healy, CGC Polar Sea, and CGC Polar Star and CGC Henry Blake in Everett, WA. He also served at Station Saginaw River in Michigan. Kevin earned numerous awards for his outstanding service which include the Coast Guard Commendation and Coast Guard Achievement Medals.

He is survived by his best friend and significant other, Beth Webber of Everett, WA; his mother, Barbara Gaskins of Peoria Heights, IL; his sisters, Kelly (Mark) Gould of Bartonville, IL, Sarah (Sean Shookman) Gaskins of Orland Park, IL, and Erin (Zach Berkshier) Gaskins of Bartonville, IL; and his niece and nephews, Trevor and Jessica Gould and Lincoln and Jace Shookman. Also surviving are his aunt and uncles, Kathleen (Glenn) Baldwin of Florida, Ronald Mott of Georgia and John Tompkins of Arizona; and many cousins and other extended family. He was preceded in death by his father; one brother, Shawn Albert Gaskins; his paternal grandparents, Howard and Ruth Gaskins; his maternal grandparents, Glenn and Dorothea Mott; and two aunts, MaryBeth Mott and Amanda Tompkins.

Kevin had a big sense of humor. He was an outdoorsman, and especially enjoyed fishing. Kevin and Beth were Disney fans and often traveled to Disneyland in California. They loved going to concerts, movies, and musicals together. Kevin was an avid Chicago Cubs, Bears, Blackhawks, and Illini basketball fan and was an Everett Silvertips Hockey season ticket holder. His greatest joy was seeing his Cubbies win the World Series.

Cremation rites will be accorded and a memorial service will be held on Saturday, October 5, 2019 at 11 a.m. at Weber-Hurd Funeral Home in Chillicothe. Visitation will also be on Saturday at the funeral home, beginning at 9 a.m. Kevin's family has requested casual attire for the services and Cubs, Bears, Blackhawks and Illini wear are welcomed. Memorials may be made to the IVC Band Program in Chillicothe, IL (https://sites.google.com/view/ivcbands/donate) or Everett Youth Hockey Booster Club in Everett, WA (https://eyhbc.org).


To send flowers to the family or plant a tree in memory of Kevin Albert Gaskins, please visit our floral store.

Please click here to view the video tribute
To send flowers to the family in memory of Kevin Gaskins, please visit our flower store.