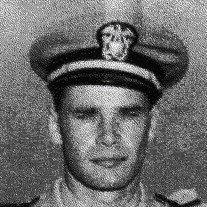 Kent R. Smith, 93, of Chillicothe died October 24, 2015. Born August 25, 1922 in Princeton, Illinois to David O. and Darlene L. Rhyne Smith, he married Martha J. Guynn on May 20, 1947 in Peoria, IL. She preceded him in death in August 2004.
He is survived by two daughters, Connie L. (Edward) Baer, of Morgantown, PA and Lydia J. Fay (Brian Wilson) of Sandwich, IL; one son, James K. Smith of Peoria; two granddaughters, 7 grandsons, and 4 great-grandsons.
He was employed in supervisory capacity by McDougal-Hartmann Construction Co. of Peoria, engaged in highway and airport construction for 31 years until retiring in September 1983.
He enlisted in the Navy in September 1942 as an aviation Cadet. On completion of flight training he was trained as a photo reconnaissance pilot. He was assigned to an airgroup aboard the aircraft carrier USS Langley of task force 58 Pacific Theater for bombing missions on Bonnin Island, mainland Japan, Iwojima, Okinawa, and various other islands. Kent was awarded, for scoring a torpedo hit on a Japanese heavy cruiser that subsequently sank, three Air Medals, a 5th Fleet Unit Citation, and the Navy Cross Medal, which is second only to receive the Congressional Medal of Honor. His Citation was signed by James Forestall, Secretary of the Navy, and Admiral Mark Mitcher, Commander of Task Force 58. Upon returning to the states, he was assigned to the Naval Air Station in Miami, FL and later as a Senior Operational Flight Instructor at Ft. Lauderdale. Kent was honorably discharged in April 1946 with the rank of Lt. Jg. He was a member of VFW Post #4999 in Chillicothe.
There will be no visitation or funeral. Cremation rites have been accorded, with Weber-Hurd Funeral Home in charge of the arrangements. Burial of ashes will be at a later date. Memorial donations may be made to Rescue 33 in Chillicothe.
Weber-Hurd Funeral Home of Chillicothe in charge of arrangements.

To send flowers to the family or plant a tree in memory of Kent R. Smith, please visit our floral store.

To send flowers to the family in memory of Kent Smith, please visit our flower store.