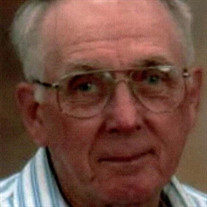 Kenneth B. Dickison, age 88, of Chillicothe, passed away on Friday, July 10, 2020 at his home with his loving family by his side.

Surviving are his wife and one daughter, Jody (Ernest) Turner; and two granddaughters, Isabella and Sierra Turner. He was preceded in death by his parents; his sister, Doris Dickison and infant twin sisters, Janet and Shirley Dickison.

Kenneth worked as a truck driver for 35 years, retiring in 1991, and was a member of the Teamsters Local 627 Retiree's Club. For several years, Kenneth enjoyed playing guitar in various local bands.

Cremation rites will be accorded and burial of ashes will be held at a later date. Memorial contributions may be made to UnityPoint Hospice. 120 NE Glen Oak Avenue, Suite 209, Peoria, IL 61603. Arrangements are under the care of Weber-Hurd Funeral Home in Chillicothe. Online condolences may be made through www.hurdfamilyfunerals.com

To send flowers to the family or plant a tree in memory of Kenneth Dickison, please visit our floral store.

To send flowers to the family in memory of Kenneth Dickison, please visit our flower store.