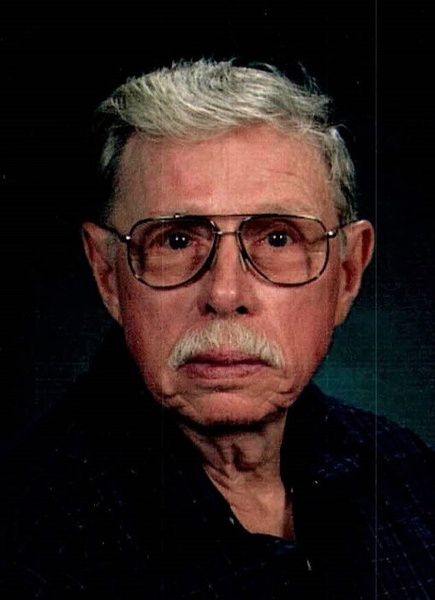 John was born on December 12, 1931 in Beardstown, IL to John F. and Pearl Edna (Dotzert) Wagner.  He married Linda Kay Schaufelberger on October 28, 1955 in Chillicothe.

Surviving are his wife, Kay; his sons, John E. (Michelle Small) Wagner of Chillicothe, IL and James E. (Rita) Wagner of Chillicothe; his grandchildren, Brett Wagner, George (Leeah) Wagner and James (Emily) Wagner; and three great-grandchildren, Anthony, Cara and Théoden.  Also surviving is his brother, Harold Wagner of Arizona.  He was preceded in death by his parents; two brothers, three sisters and one daughter-in-law, Joan Wagner.

John graduated from Manual High School in Peoria in 1949.  He then served in the U.S Marine Corps as a Corporal and earned two battle stars in the Korean War.  John worked for Caterpillar for 39 years, retiring in 1988 as a manager of HVAC at the tech center.  He was a member of the Chillicothe First United Methodist Church, the local Jaycees, and of the George Washington Masonic Lodge #222 A.F. & A.M. for over 50 years.  He was also a board member of the Jockisch Cemetery.  John loved preserving history and enjoyed restoring old pump organs and refinishing antique furniture.  He even restored barns, windmills and an old school his parents had attended.  John enjoyed traveling to historic battlefields, fishing trips in Canada and going to antique and flea markets.

A visitation will be held on Friday, September 24, 2021 from 5pm to 7pm at Weber-Hurd Funeral Home in Chillicothe.  A graveside service will be held on Saturday, September 25, 2021 at 1pm at Jockisch Cemetery near Bluff Springs, IL.  In lieu of flowers, memorials may be made to the Chillicothe First United Methodist Church or Jockisch Cemetery.  Online condolences may be made through www.weberhurdfuneralhome.com

To send flowers to the family or plant a tree in memory of John C. Wagner, please visit our floral store.

To send flowers to the family in memory of John Wagner, please visit our flower store.