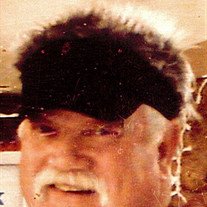 John P. Balzer, age 70, of Chillicothe, passed away peacefully on Thursday, April 11, 2019 at his home. John was born on October 4, 1948 in Davenport, IA to Leonard and Mae E. (O'Neil) Balzer.  He married Margaret Brewer in 1967, Joan Harmening and later Sheree Runyon. Surviving is John's long-time love of his life, Marilyn Santillanes; his sons, Matthew (Karen) Balzer of Pleasant Valley, IA and Nathan (Kate) Balzer of Canonsburg, PA; his daughter, Jeannie Walquist; and six grandchildren, Nick, Erin, Sydney and Sean Balzer, and Josh and Jonathan Walquist.  Also surviving is his sister, Barb Maday of Tucson, AZ.  He was preceded in death by his parents; four brothers, Jerry, Leo, Edward and Mike; and two sisters, Maryanne Parker and Joanne Mizlo. John was a member of AA and he was over 25 years sober, something that both he and his family was very proud of.  John was also a member of the local chapter of The Bass Federation.  He loved his dogs and fishing, fishing and more fishing.  John was also always ready to help those in need. Cremation rites will be accorded and celebration of life gathering will be held later in the Spring when the fishing is good!  Memorials may be made to the American Diabetes Association.  Arrangements were handled through Weber-Hurd Funeral Home in Chillicothe.

To send flowers to the family or plant a tree in memory of John Balzer, please visit our floral store.

To send flowers to the family in memory of John Balzer, please visit our flower store.