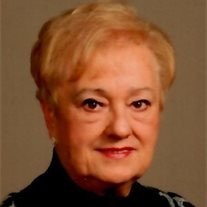 Janet L. Dickerson, 74, of Chillicothe passed away on Thursday May 2, 2019 at OSF St. Francis Medical Center in Peoria. Janet is survived by her children Sheri (Anthony) Clay of Stoughton, WI,  Michael (Kari) Ott, Peoria, Stephanie Marchand of Chillicothe; step children Troy Dickerson of Peoria, Jennifer Windover of Chillicothe and Erin Kessling of Edelstein; eight grandchildren; two great grandchildren; seven step grandchildren; three step great grandchildren; and brother Carl (Joyce) Carr of Chillicothe.   She was preceded in death by her parents, both husbands, and two brothers. Janet was born on January 7, 1945 in Peoria the daughter to Kenneth and Dorothy (Smith) Carr.  She married Robert Ott on December 18, 1965 in Chillicothe and he preceded her in death on May 20, 1975.  She married Kenneth Dickerson on September 4, 1976 in Chillicothe.  He preceded her in death on July 22, 2011.  Janet was a musician, teaching piano and organ.  She also played at Illinois Valley High School as a pianist and accompanied many of the Mossville School Programs.  Janet was the organist at the Chillicothe First United Methodist Church where she was a member and played for many funerals at St. Edward Catholic Church.   She was a member of the Illinois State Music Teachers Association and the Peoria Area Music Teachers Association.  Janet enjoyed being a part of the Sweet Adelines. She was also member Peoria Community Center, and the Chillicothe Historical Society. A funeral service will be conducted at 11:00 am the morning of Saturday May 11, 2019 at Chillicothe First United Methodist Church in Chillicothe. An interment is to be held at the Chillicothe City Cemetery. Friends are cordially invited to a visitation with the family from 5:00 - 7:00 pm on the evening on Friday May 10, 2019 at Weber-Hurd Funeral Home in Chillicothe. Memorial contribution may be made in her honor to the Chillicothe First United Methodist Church, Chillicothe Historical Society or to the Sweet Adelines.

To send flowers to the family or plant a tree in memory of Janet L. Dickerson, please visit our floral store.

To send flowers to the family in memory of Janet Dickerson, please visit our flower store.