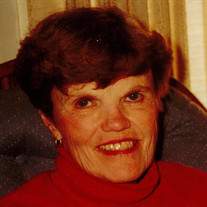 Janet received a bachelor's degree in Biology from Illinois Wesleyan in Bloomington in 1959 and later received an associate's degree in Business from ICC.

She married Donald Tyler in 1959 and lived in Chillicothe, IL from 1960 to 1985. She taught elementary school at Pearce before moving to a career in banking. She was an active member of Plymouth Congregational Church singing with the choir and playing both piano and organ. In the community, she served on civic boards and committees including the Chillicothe Library Board and the IVC School Board.

She married Bruce Andrews in 1989 and lived in Peoria her remaining days. She worked as a loan officer with CEFCU until her retirement. She and Bruce enjoyed traveling and were active members of Westminster Presbyterian Church until slowed by health issues later in life.

Cremation will be accorded with internment at Swan Lake. No services will be held at this time. Online condolences or memories can be made through Weber-Hurd Funeral Home.

To send flowers to the family or plant a tree in memory of Janet L. Andrews, please visit our floral store.

To send flowers to the family in memory of Janet Andrews, please visit our flower store.