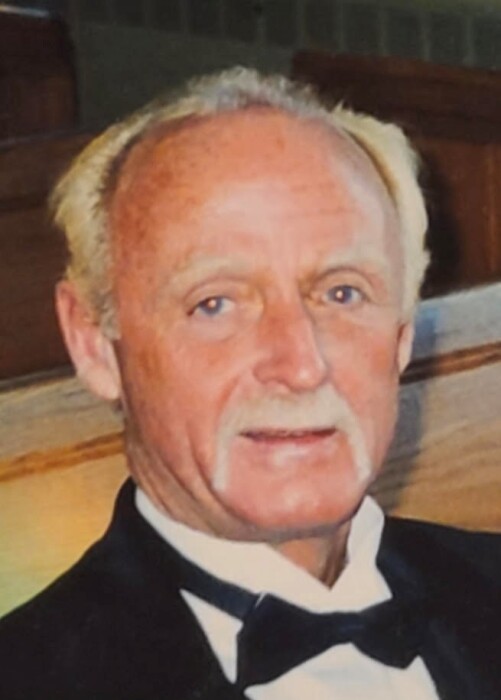 Jim was born on March 2, 1939 in Peoria, IL to James and Charlotte (Sniff) Tucker, Sr. He was a graduate of Chillicothe High School, where he excelled in athletics.  Today he is still a record holder and is in the IVC Hall of Fame.  After high school, Jim was awarded a full scholarship to Eureka College before he was drafted into the U.S. Army.   Jim worked for the Santa Fe Railroad and then for Caterpillar, starting as a sweeper and working his way up to superintendent when he retired in 1994.  He also owned an antique business and was a vendor at Spoon River Drive.  Jim was mostly known for starting the Farmer's Market in front of McDonald's in Chillicothe.  He was an avid and passionate gardener and he enjoyed selling his produce and socializing with his customers.

Jim was such a popular guy he was married three times!  He was formerly married to Sally, Marie and Sandy.  Surviving are his daughters, Amber Tucker-Fishel of Chillicothe, Laurel Tucker of Chillicothe, Wendi (Chris) Spahn of Chandler, AZ, Heidi Tucker of Lexington, KY and Ryann (Matthew) German of Fleming Island, FL; his grandchildren, London, Zachary, Drew, Sinclair, Cammi, Madyson, Sydney, Madelyn, Braeden, Luke and Lincoln; and two great-grandchildren, Parker and Weston.  Also surviving are his siblings, Janet Gerdes of Edwardsville, IL, Julie (Bob) Snyder of Chillicothe, Jeanne (Bob) Reggio of Chillicothe and Jerry Tucker of Ohio; and many nieces and nephews.  He was preceded in death by his parents and his grandson, Jake Fishel.

Jim loved Chillicothe and was proud of his community.  He was a well-loved neighbor and anyone who knew him well called him a friend.  If anyone needed a hand, he was there in a heartbeat.  When he wasn't in his garden, you could find him working out at Pearce Community Center or enjoying coffee with friends.  His daughters could never tell if he was pulling their leg or telling it to them straight.  Jim was also an avid Chicago Cubs and Bears fan, even when they lost.  Sadly, Chillicothe will need a "new sheriff in town!"

Cremation rites will be accorded and a celebration of life will be held on Thursday, February 10, 2022 from 4pm to 6pm at Weber-Hurd Funeral Home in Chillicothe.  Military honors will be held at 6pm followed by sharing of memories by family and friends.  In lieu of flowers, memorials may be made to the ARK, TAPS, the IVC Education Foundation or Wounded Warrior Project.  Online condolences may be made through www.weberhurdfuneralhome.com

To send flowers to the family or plant a tree in memory of James F. Tucker, Jr., please visit our floral store.

To send flowers to the family in memory of James Tucker, Jr., please visit our flower store.