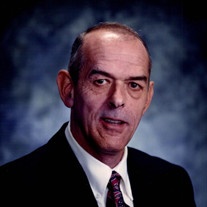 Surviving is his wife, Fay; his children, Michelle (Tommy) Quick of Rock Hill, SC, Shelly Ladd also of Rock Hill, SC, Shannon (MacKenzie) Smith of Sparland, IL and Cory Smith of Chillicothe, IL; six grandchildren, Adam and Eric Quick, and Piper, Hunter, Gavin and Layla Smith; his sister, Teri (Billy) Rodriguez of Oklahoma; and many nieces and nephews. Also surviving is his beloved dog, Bandit. He was preceded in death by his parents and three sisters.

Jim served in the U.S. Army during the Vietnam War. He then worked for J & L Steel in Hennepin, owned Ladd Red Fox in Chillicothe and then became the head meat cutter for Kroger in Chillicothe in 1987 until he retired in 2011. Jim was a founding member of Rescue 33 in Chillicothe as well as a member of the American Legion and VFW in Chillicothe. He enjoyed doing little projects around the house, was an avid Chicago sports fan, especially the Bears and Cubs and he loved spoiling his wife, Fay.

Cremation rites will be accorded and a celebration of life will be held at a later date. Burial of ashes will be at Blue Ridge Cemetery. Memorials may be made to the VFW Post #4999. Arrangements are under the care of Weber-Hurd Funeral Home in Chillicothe. Online condolences may be made through www.hurdfamilyfunerals.com

To send flowers to the family or plant a tree in memory of James M. Ladd, please visit our floral store.

To send flowers to the family in memory of James Ladd, please visit our flower store.