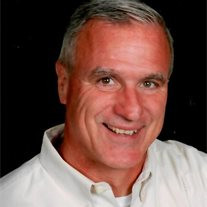 James W. Butler (JB), 56, of Chillicothe passed away on Friday, December 1, 2017 at OSF St. Francis Medical Center, Peoria. James was born on August 31, 1961 in Minot, ND. to James and Colleen (Shane) Butler. He married Diane "DeeDee" L. Mooney on November 29, 1986 at St. Edward Catholic Church in Chillicothe. He is survived by his wife, DeeDee Butler of Chillicothe; three sons: Jack (Ali), Colin (Lauren), and Brendan; two grandchildren: Nora and Susie Butler; three sisters, Kathy (Mike) Peterson, Meg Becher, and Jane Butler, and his parents, James and Colleen Butler. He was preceded in death by his brother, Tim Butler. James was a physical therapist for over 20 years with OSF St. Francis Healthcare. James was a parishioner of St. Edward Catholic Church in Chillicothe, where he was a member of the Knights of Columbus Council 8020. He was an athlete, and proudly coached his sons in hockey, Chilli Dawgs Wrestling, and St. Edward Soccer. He was a member of the University of North Dakota Alumni Association. His spirit and personality were larger than life; he knew no strangers, only friends. A funeral mass will be held on Wednesday, December 6, 2017 at 10:00 am at St. Edward Catholic Church in Chillicothe, officiated by Msgr. Michael Bliss. A visitation will be held on Tuesday evening from 4-7:00 PM at Weber-Hurd Funeral Home in Chillicothe. A rosary will be prayed prior to the visitation. Burial will be held at St. Joseph-Mooney Cemetery.

To send flowers to the family or plant a tree in memory of James Butler, please visit our floral store.

To send flowers to the family in memory of James Butler, please visit our flower store.