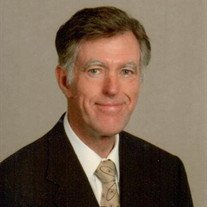 Hugo P. Weber Jr., 75, of Peoria passed Tuesday, December 1, 2015 after a long battle with Parkinson's disease and pancreatic cancer.
Hugo was born on July 26, 1940 to the union of Hugo (Web) Weber Sr. and Katherine (Smith) Weber in Denver, CO. Hugo graduated Denver South High School, earned a B.S. at Regis College in 1962 and an M.D. at University of Colorado School of Medicine in 1966. He worked as a soda jerk, theater usher, and union carpenter to support his education.
Hugo married Rosemary Anne Crouse, a registered nurse from Ashby, NE, on September 12th 1964. They had two boys, Paul (1966) and Joel (1971).
Hugo served as Captain in the U.S. Army 1967-1968 as a surgeon for 5th Battalion, 60th Infantry, 9th Division and Chief of Professional Services, 17th Field Hospital at An Khe, Vietnam. He was awarded the Bronze Star, Purple Heart and other commendations. From 1968-1969 he was Special Asst. to the Chief of Training at Fort Sam Houston, TX.
In 1971, after medical residency at Milwaukee County General Hospital, Hugo earned his certification from the American Board of Internal Medicine in 1972 as a Diplomat in Specialty. Hugo moved to Wichita, KS in 1973 and co-founded Kansas Nephrology Physicians P.A. and served as clinical professor at Wichita State University and The University of Kansas from 1975-2006. Hugo retired in August 2006. Moving to Peoria, IL and joining St. Jude's Catholic Church provided the opportunity to continue his life's passion of teaching and learning and to continue building his extensive library. Hugo and Rosemary founded The Damien Foundation, a charitable trust honoring St. Damien of Molokai.
Hugo leaves to cherish his memory: his wife, Rosemary Weber, Peoria; brother, John Weber, Denver; son, Paul and Diane (Landis) Weber, Chillicothe; son, Joel and Rosanne (Gnarra) Weber, Washington D.C.; grandchildren, Jack, Audrey, Elizabeth, Claire, and Theresa. Hugo also leaves many relatives and friends.
A memorial mass for Hugo will be held at St. Jude Catholic Church in Peoria on Wednesday, December 9, 2015 at 10:30 AM. Fr. Patrick Henehan will officiate the Mass. A visitation will be held at the church one hour prior to the service time. Memorials may be made in his honor to the St. Jude School.
Hugo's memorial tribute may be viewed at www.weberhurdfuneralhome.com.


To send flowers to the family or plant a tree in memory of Hugo P. Weber, please visit our floral store.

To send flowers to the family in memory of Hugo Weber, please visit our flower store.