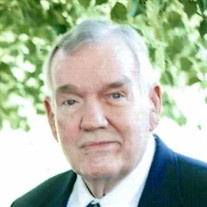 Dean was born on March 22, 1940 in Spring Lake, Illinois to Erastus and Mary (Hasty) Lawson. He married Judith Dian Runyon on February 21, 1960. Dean graduated from Forman High School in Manito, IL in 1958 and worked for Keystone Steel and Wire from 1958 until he retired in 2000. Dean and Judy lived in the Manito area until 2003 when they moved to Chillicothe to be closer to their sons and their families.

Cremation rites will be accorded and a Celebration of Life will be held at a later date. Arrangements were handled through Weber-Hurd Funeral Home in Chillicothe.

To send flowers to the family or plant a tree in memory of Harlan Dean Lawson, please visit our floral store.

To send flowers to the family in memory of Harlan Lawson, please visit our flower store.