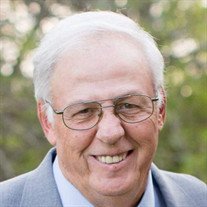 Gary served in the U.S. Army Reserves. He then worked as a supervisor for Caterpillar for 40 years, retiring in 2002. Gary was a member of the Peoria Casting Club and the Chillicothe Sportsmen's Club. He was an avid hunter and fisherman and he enjoyed trap shooting at the sportsmen's club.

A private service will be held Friday, November 20, 2020 at 11am at Weber-Hurd Funeral Home in Chillicothe. Visitation will be held on Thursday, November 19, 2020 from 5pm to 7pm at the funeral home. Burial will be at Chillicothe City Cemetery. Memorials may be made to the charity of the donor's choice.


To send flowers to the family or plant a tree in memory of Gary L. Spencer, please visit our floral store.

To send flowers to the family in memory of Gary Spencer, please visit our flower store.