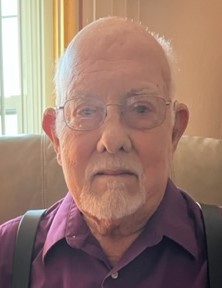 Surviving are his wife of 68 years, Norma; his children, Kathryn (William) Allington of Chillicothe, Linda Werckle of San Antonio, TX, Deborah (Dennis) Pence of Chillicothe, and John (Shannan) Werckle of Peoria; eight grandchildren; five great-grandchildren and one great-great-grandchild.  Also surviving are his sister, Patricia (James) Conklin of Pekin and his nieces and nephews.  He was preceded in death by his parents and his brother, Gilbert.

Fred was a truck driver for the Teamsters Local #627 for over 40 years, retiring in 1999.  He was a member of Calvary Baptist Church in Chillicothe, the American Motorcyclist Association and the Harley Owners Group.  He liked motorcycles, even racing them in his younger years, and he enjoyed playing the guitar with his band, The Geezers.

Services will be held on Monday, June 13, 2022 at noon at Calvary Baptist Church in Chillicothe.  Visitation will also be held on Monday from 10am to noon at the church.  Rev. Curtis Cochran will be officiating.  Burial will follow at LaSalle Cemetery in Rome.  Memorials may be made to the church.  Arrangements are under the care of Weber-Hurd Funeral Home in Chillicothe.

To send flowers to the family or plant a tree in memory of Frederick B. Werckle, please visit our floral store.

To send flowers to the family in memory of Frederick Werckle, please visit our flower store.