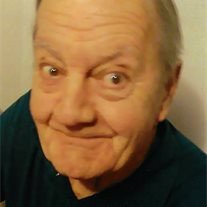 Forrest F. "Woody" Coffey, Sr., age 82, of Peoria, passed away on Saturday, March 30, 2019 at his home. Woody was born on March 28, 1937 in Peoria.  He married Susan Kesler on September 14, 1956 in Peoria.  She preceded him in death on November 30, 2004.  Also preceding him in death are his father; his mother and step-father; two brothers; two sisters; and one daughter, Lori Hulett. Surviving are his children, Deborah (Keith) Wade of Macomb, IL, Kevin (Danette) Coffey, Sr. of Peoria, IL and Forrest (Tracie) Coffey, Jr.; eight grandchildren; 16 great-grandchildren; and one sister, Susan (Ken) Mettler of North Dakota. Woody served in the U.S. Army during the Korean War.  He then was a foreman for International Paper until he retired in 1995.  Woody was an avid outdoorsman and enjoyed bowling.  He loved spending time with his family and rocking it out at Sky Harbor. Services will be held on Wednesday, April 3, 2019 at 1pm at Cumerford-Hurd Funeral Home in Peoria with visitation held one hour prior to the service.  Rev. Stella Strubhar will be officiating.  Interment will be at Swan Lake Memory Gardens in Peoria.  Memorials may be made to the Alzheimer's Association.

To send flowers to the family or plant a tree in memory of Franklin F. "Woody" Coffey, please visit our floral store.

To send flowers to the family in memory of Franklin Coffey, please visit our flower store.