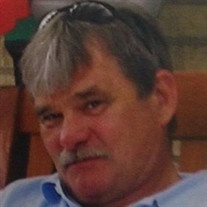 Douglas L. Evoy, 69 of Chillicothe, Illinois died at Unity Point Methodist Hospital on Thursday, September 3, 2015. Doug was born January 9, 1946 in Peoria, Illinois. He was raised in Edelstein Illinois by Lawrence and Hattie Crossett. He was the brother of Jerry (Carol) Evoy, Carol (John) Freimuth , Donna (Phil) Alcocer, Rita (Bob) Christy and Mary (Mike) Gallagher. Ruth Ann (Crossett) Godfrey, L. Raymond Crossett, and Linda Lutes also considered it a privilege to share Douglas as their own brother. Later in life, Douglas became aware of additional family: a half-sister, Marsha Anderson.
Doug was a devoted and fun-loving uncle to Jennifer, John David, Stephanie, Ann-Marie, Katie, Steve, Tim, Mark, Beth, and Heidi. Anytime Uncle Doug could round-up the children for an outdoor sport, he and the kids made memories to last a lifetime. He continued the same loving relationship with his great nieces and nephews.
Doug graduated from Princeville High School, and attended Northern Illinois University. At the age of twenty, he was drafted into the army, spending a year in Vietnam. He returned home to resume his job with Santa Fe Railroad and remained employed with the company for over forty years. Upon retirement he spent many months in Costa Rica, the country he felt was the most beautiful in Central America. He fell in love with its culture and its people.
Funeral service for Doug will be held on Tuesday, September 8, 2015 at Weber-Hurd Funeral Home at 11:00 am. Visitation will be held one hour prior to the service time at the funeral home. Private graveside services will be held at a later date. Memorials may be made to Saint Jude hospital or Wounded Warrior's Project.
Doug's online memorial website may be viewed at www.weberhurdfuneralhome.com


To send flowers to the family or plant a tree in memory of Douglas L. Evoy, please visit our floral store.

To send flowers to the family in memory of Douglas Evoy, please visit our flower store.