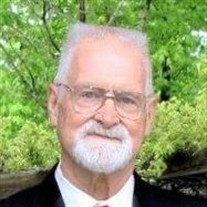 Surviving is his wife, Linda; his children, Bryan (Julie) Wilson of Chillicothe, IL and Trisha (Graham Taylor) Winters of Swansea, IL; four grandchildren, Devon (Aaron Benson) Posey, Trevor Winters, Dakota Wilson and Matthias Wilson; two great-grandchildren, Bradley and Oliver Posey; and his step-sister, Brenda (Darrell) Hooks of Brighton, TN. He was preceded in death by his father; his mother and his step-father who raised him, Warren E. Boker; his brother, Terry Boker; and his sister, Karen Boker.

Don was a purchasing supplier for Caterpillar, serving for 35 years before he retired in 2007. He and Linda enjoyed volunteering with CIAA and Meals on Wheels through Pearce Community Center. Don was always helping others, especially his neighbors.

Cremation rites will be accorded and per Don's wishes there will be no services. Memorials may be made in his name to St. Jude Children's Hospital, the Center for Prevention of Abuse, USO or Wounded Warriors. Arrangements are under the care of Weber-Hurd Funeral Home in Chillicothe.

To send flowers to the family or plant a tree in memory of Donald R. Wilson, please visit our floral store.

To send flowers to the family in memory of Donald Wilson, please visit our flower store.