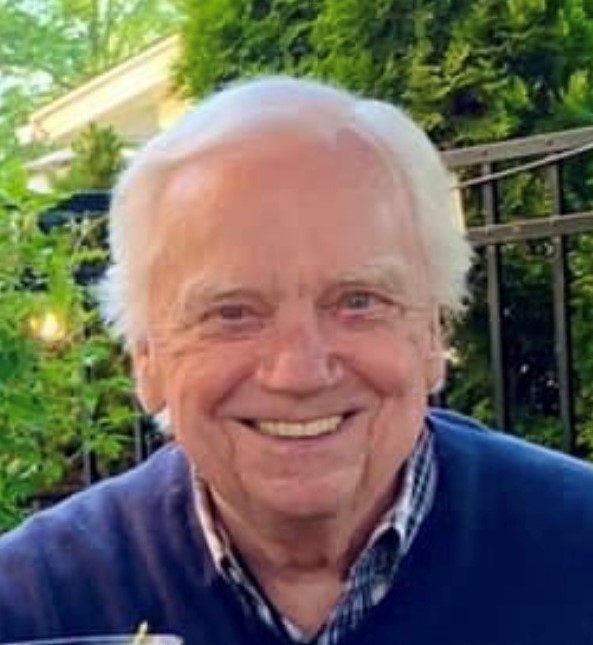 Donald Homer Gill, 78, of Saint Charles, IL passed on Thursday, June 23, 2022 at Delnor Hospital in Geneva, IL. Don was born in Peoria, IL and was the son of Homer Gill and Martha (Kurz) Gill.

While at Chillicothe High School, he participated in multiple sports but was particularly proud of being the Co-Captain of the 1960 Illio Conference Championship football team. Don attended the University of Tampa where he jokingly referred to being in the Class of ’65, ’66 and ’67, when in reality he worked on the railroad on alternating semesters to fund his education. To this day, his fraternity brothers at Sigma Phi Epsilon still gather every two years to celebrate their great friendship.

Don continued his career with the Santa Fe railroad after graduation which led to increasing responsibilities and relocations to Amarillo, TX, Temple, TX, Houston, TX, Longview, TX, Silsbee, TX, Pueblo, CO, Fort Madison, IA and Chicago, IL, where he was General Director Transportation. After retiring from the Santa Fe, Don was President of the Gateway Western Railroad and then Vice President Operations at the Kansas City Southern Railroad.

Don loved spending time with his wife of 57 years, Connie (aka ‘Boo’), and traveling with his family and was fond of visiting a wide range of places from Munich Germany to Lake of the Ozarks to his cabin on the Mississippi River in Fort Madison. He was a long standing (and oftentimes frustrated) Chicago Cubs fan but cherished the World Series Championship in 2016. He was also a member of the Elks Club in Fort Madison, IA and was a proud owner of many railroad and Chillicothe memorabilia, including the original neon sign of his hometown bar, Blarney’s Castle. Don had a magnetic personality and was happiest talking to friends with a beer in hand and Johnny Cash on the speakers.

Services will be held on Friday, July 8, 2022 at First United Methodist Church in Chillicothe, IL at 11am (with a visitation prior from 9am – 11am) and a celebration of Don’s life after the service at Capponi’s Restaurant in Toluca, IL.  In lieu of flowers, contributions may be made in Don’s memory to the Chillicothe Historical Society at P.O Box 181, Chillicothe, IL. 61523 or the Pulmonary Fibrosis Foundation at https://app.mobilecause.com/vf/PFFTribute/DonaldGill or to a charity of one’s choice.

To send flowers to the family in memory of Donald H. Gill, please visit our flower store.