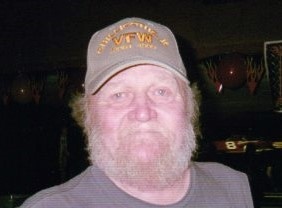 David Harms unexpectedly transitioned to his heavenly home on Monday, July 19, 2021 surrounded by family and friends.

Dave was born on July 21, 1945, to his parents Neve and Marion Harms of Peoria, Illinois.  He was preceded in death by his parents; his son, Marc Harms; and an older brother Richard (Vicky) Harms.

“Davey” was an U.S. Army Veteran, serving in Germany during as a radar technician.  He was a member of the Peoria-Taz Abate of Illinois and was a heavily involved Brother of the Alta Masonic Lodge No. 748 A.F. & A.M., Valley of Peoria Scottish Rite and the Mohammed Shriners of Bartonville, where he was also a member of the Drill Patrol.  Davey never missed a Shriners parade or an opportunity to help in any fundraising organization.   He was also known by many as the “glassman,” as he retired from Grawey Glass Company after 38 years as a glazer.  He enjoyed traveling and he and Sharon would take long rides on his much-loved Harley Davidson.  Davey was a history buff and enjoyed topography.  He was well known for always lending a helping hand and doing whatever he could for his family, friends and neighbors.  Davey enjoyed car shows and relaxing with his buddies to a smooth glass of scotch.  Him and his closest friend, Danny, would sit around and tell us all the funny shenanigans that they did throughout their years together.

Davey and his sidekick Ziggy, who also recently passed went everywhere together.  He would even give his pup and grandkids rides in his sidecar.  He always had a smile on his face, lived life to the fullest and enjoyed every day.  He made you feel good just being around him and was always available when you needed wise advice.  Everywhere you went someone new Davey and was well known as the “Banana Man” around Chillicothe.

He was loved by all and will be dearly missed and thought of daily.  He was one of the kindest souls to ever walk this earth.  A visitation will be held on Friday, July 23, 2021 between 4pm and 7pm at the Weber-Hurd Funeral Home located at 1107 North Fourth Street, Chillicothe, IL.  A funeral will be held on Saturday, July 24, 2021 at 10am and then a celebration of life will follow at the VFW in Chillicothe.  Please make any donations to the Bartonville Shriners.  Online condolences may be made through www.weberhurdfuneralhome.com

To send flowers to the family or plant a tree in memory of David Harms, please visit our floral store.

To send flowers to the family in memory of David Harms, please visit our flower store.