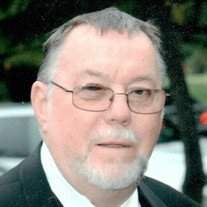 He is survived by his wife, Linda, three step-sons and six step-grandchildren. Also surviving are his two sons, Clifford and Jeffrey and four grandchildren from a previous marriage. He is preceded in death by his parents and one daughter, Deborah.

Cliff was a self-employed contractor cabinet builder in the western suburbs of Chicago. He moved to Chillicothe in 2001 and along with his wife, Linda opened and operated Lund Kitchen and Bath Cabinetry for ten years.

Cliff's online memorial website may be viewed at www.weberhurdfuneralhome.com


To send flowers to the family or plant a tree in memory of Clifford N. Lund, please visit our floral store.

To send flowers to the family in memory of Clifford Lund, please visit our flower store.