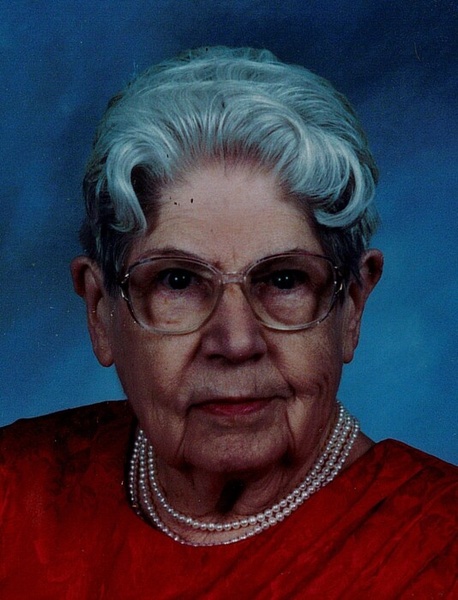 Clara was born on October 13, 1925 in Washburn, IL to Louis C. and Katherine (Koch) Kamp.  She married Learoyd R. “Bud” Peterson on May 2, 1954 at the Lacon Methodist Church.  He preceded her in death in 1995.  Also preceded her in death are her parents; her brother, Glenn Kamp; and her son-in-law, Jay Parish.

Surviving are her children, Virginia Parish and Donald (Karen) Peterson.

Over the years, Clara worked for the Illinois Inspection Bureau, was the secretary for Lowell Grieves, President of Lacon Woolen Mill, as well as the secretary for Helen Gallagher and Tom Foster at Foster & Gallagher in Peoria.  She taught Kindergarten for the church and was a Brownies Leader and American Legion Jr. Auxiliary Leader.  Clara was a member of the Chillicothe United Methodist Church and a member of the Celestial City Chapter 333 of the Order of the Eastern Star in Pekin for over 50 years.

Per Clara’s wishes, cremation rites will be accorded and a private graveside service will be held at a later date.  Arrangements are under the care of Weber-Hurd Funeral Home in Chillicothe.  Memorials may be made to Methodist Hospice, the Alzheimer’s Association or the Shriner’s Children’s Hospital.  Online condolences may be made through www.weberhurdfuneralhome.com

To send flowers to the family or plant a tree in memory of Clara Peterson, please visit our floral store.

To send flowers to the family in memory of Clara Peterson, please visit our flower store.