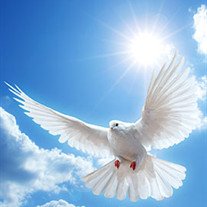 Carl A. Ferrie, 71, passed away on Sunday, July 15, 2018 at Methodist Hospital in Peoria. He was born on Dec. 27, 1946 in Peoria the son of Joseph C. and Rosemary (Lundholm) Ferrie, Jr. He married Mary A. Deyo on May 17, 1969 at St. Thomas Catholic Church in Peoria Heights. Surviving is his wife, Mary of Chillicothe, a daughter Jennifer Branaman of Bartonville, a grandson Austin Branaman of Bartonville, and a brother Joseph M. (Opal) Ferrie) of Peoria. He was preceded in death by his parents and brother, John. Carl was very proud to have served in the United States Air Force, and never forgot his time there, nor the men he served with. Carl was an electrical engineer where he worked for Keifer Electric. Carl was not much of an official joiner, but he never failed to use his time and resources to help whenever he saw a need. He did enjoy traveling with his wife Mary. He could fix anything and build anything, he was always working in his workshop when he was at home. Carl was a wonderful husband, father, grandfather, brother and uncle who loved and cherished his family and friends. He gave every month to his favorite charities, but the one we would like to thank and honor now is the group of people who tried so hard to help him in his final minutes. Memorial contributions may be made to the Chillicothe Community Firefighter's Association, 217 W. Chestnut St., Chillicothe, IL 61523 A celebration of life will be held at their home in Chillicothe on Saturday, August 18, 2018 from 1-5:00 pm.

To send flowers to the family or plant a tree in memory of Carl Ferrie, please visit our floral store.

To send flowers to the family in memory of Carl Ferrie, please visit our flower store.