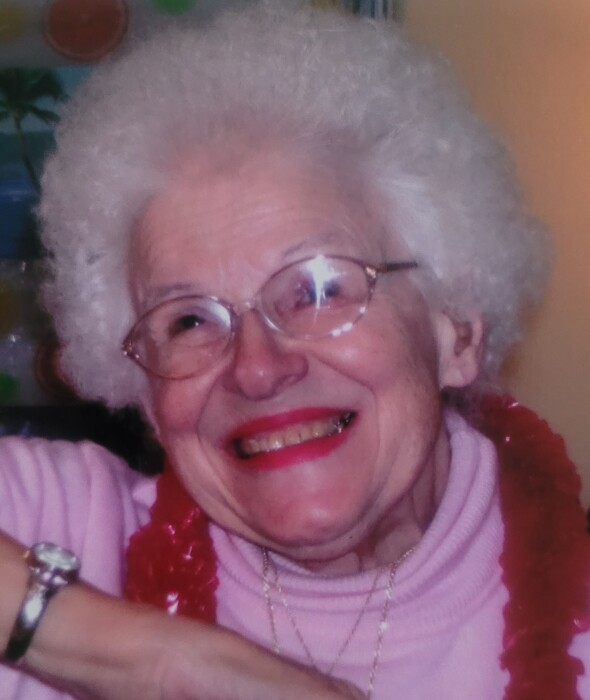 Pauline Roland’s love of life did not come to an end with her death. Pauline, who frequently went by “Polly,” passed away January 18, 2022, in the midst of those who cared for her and knew her to be an uplifting example of daily life. The love she displayed to others will be carried on.

Polly was born to Lloyd and Mary (Ratliff) Sturm, a farmer’s daughter on January 24, 1929. She attended nurse’s training at Kewanee hospital in 1953 and began working at Sacred Heart Hospital in Fort Madison, Iowa where she met and married Harry Roland, a locomotive engineer for the Santa Fe railroad. She then relocated to LaGrange Park, Illinois where together they continued to raise a family. She became beloved to the neighborhood.

She deemed herself “Doc Sturm," an extension of her desire to be a good neighbor and be of service to the overlooked. She adhered to the Golden Rule and cooked a mean potato salad. When asked what type of potato salad it was, she answered, “Hers.” The kitchen table was her rest, listening to concerns and dispensing methods, morals and tales of growing up in rural America in the 1930s and 1940s. Family was her domain, and she graciously extended that domain where there was need. After the death of her husband in 1980 she returned to Chillicothe, Illinois to be closer to her two sisters and brother.

Ever the optimist, Polly made the smile her trademark. She was fond of saying, “The guy worthwhile is the guy who can smile when everything else goes dead wrong.” She provided comfort across all generations and never failed to express her appreciation for that which usually goes unnoticed.

A Memorial Mass will be held at 3:00pm on Friday January 28, 2022 at Weber-Hurd Funeral Home in Chillicothe.  Visitation will be held from 1:00pm until the time of the service.  Graveside service will be at 12:00pm on Saturday, January 29, 2022 in the Thompson Cemetery, Van Buren, Iowa.  Memorial donations may be made to Beacon of Hope Hospice, 102 E Mains Street, Galesburg, IL  61401.  Arrangements are under the care of Weber-Hurd Funeral Home in Chillicothe.  Online condolences may be made through www.weberhurdfuneralhome.

To send flowers to the family or plant a tree in memory of Pauline M. Roland, please visit our floral store.

To send flowers to the family in memory of Pauline Roland, please visit our flower store.