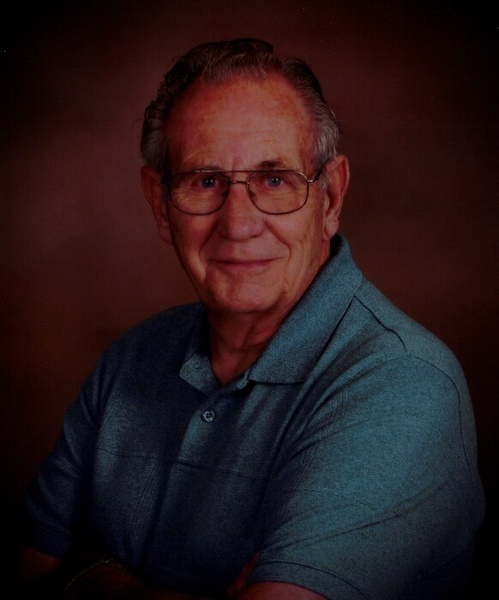 Surviving are his wife, Ann; his daughters, Linda (George) Newcomer and Karen Jones, both of Chillicothe; his daughter-in-law, Janet Jones of Indianapolis, IN; five grandchildren, Kevin Newcomer, Alex (Lori) Newcomer, Kelsey (Andrew) Wickham, Cailtlin Jones and Alana Jones; 4 great-grandchildren.  Also surviving are his brother, Ivan (Christine) Jones; his sister, Naomi Davis, both of Chillicothe; and several nieces and nephews.  He was preceded in death by his parents; his son, Mark Jones; and two sisters, Delores Jones and Bessie Hainline.

Gilbert served in the U.S. Navy from 1952 to 1955.  He then worked for Caterpillar for over 37 years.  He was a member of St. Edward Catholic Church, the American Legion, the Chillicothe Historical Society and Pearce Community Center.  Gilbert was quite the woodworker and had even built two boats.  He was also a bus driver for IVC Schools.

A Funeral Mass will be held on Monday, June 28, 2021 at 11am at St. Edward Catholic Church in Chillicothe.  Fr. Matthew Deptula will be officiating.  Visitation will be held on Sunday, June 27, 2021 from 3pm to 5pm at Weber-Hurd Funeral Home in Chillicothe as well as one hour prior to Mass at the church.  Recitation of the Rosary will be at 5pm on Sunday at the funeral home.  Burial will be at Chillicothe City Cemetery.  Memorials may be made to St. Edward Catholic Church or the Chillicothe Historical Society.  Online condolences may be made through www.weberhurdfuneralhome.com

To send flowers to the family or plant a tree in memory of Gilbert W. Jones, Jr., please visit our floral store.

To send flowers to the family in memory of Gilbert Jones, Jr., please visit our flower store.

Recitation of the Rosary