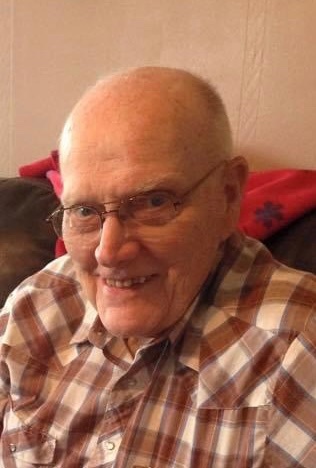 Al was born on June 23, 1929 in Peoria, Illinois to Chester E. and Myrtle “Norine” (Rickgauer) Kilbey, Sr.  He married Phyllis Grace Holocker on April 14, 1951 in Dunlap, Illinois.  She preceded him in death on November 13, 2014.  Also preceding him in death are his parents; his brother, Chester “Chet” Kilbey, Jr.; and his brother and sister-in-laws, Arthur (Marilyn) Pille and Donald Hurst.

Al served his country in the U.S. Air Force.  He then worked for Caterpillar for 42 years before he retired.  He was a member of Chillicothe First United Methodist Church, the American Legion in Lacon, and Pearce Community Center, where he was active with the Meals on Wheels Program.  He was a big outdoorsman enjoying hunting, fishing, camping, flower gardening and bird watching.  He also enjoyed watching television, crossword puzzles and fixing things around the house.  Al and Phyllis loved to travel and Al was proud that he and Phyllis had traveled to all 50 states and Canada.

Services will be held on Saturday, June 5, 2021 at 1pm at Weber-Hurd Funeral Home in Chillicothe.  Visitation will also be held on Saturday from 11am to 1pm at the funeral home.  Rev. Ron Martz will be officiating.  Burial will be at Prospect Cemetery in Dunlap.  Memorials may be made to the American Red Cross or the Children’s Home in Peoria.

To send flowers to the family or plant a tree in memory of Alfred Kilbey, please visit our floral store.

To send flowers to the family in memory of Alfred Kilbey, please visit our flower store.